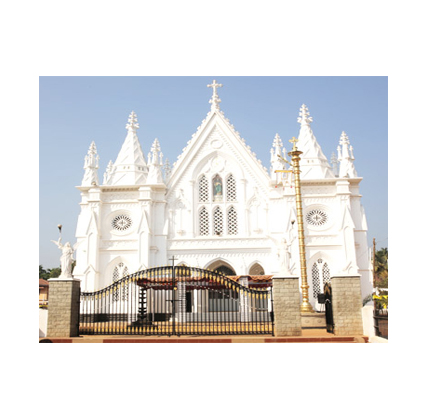 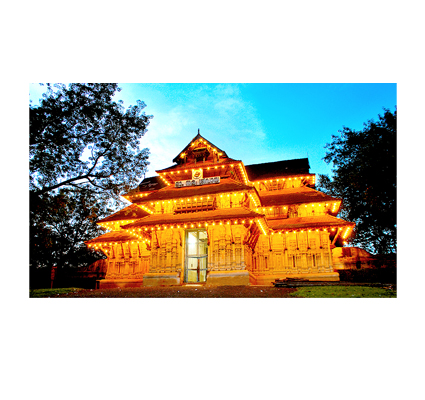 Shrines in Kozhikode
Calicut, located on the southwest coast of Kerala on the Arabian Sea, provides all the amenities that traveling would need, in addition to stunning views of the Wayanad Hills.
Calicut, also known as Kozhikode, is known for its diverse landscapes and abundant vegetation and is a haven for dreamers. Kozhikode, a spotless refuge, is home to serene beaches, historic forts, and a peaceful climate, making it ideal for an unexpected getaway.
shrines in kozhikode has become a well-liked getaway location for those looking for a weekend escape, both for locals and surrounding travelers. It is a well-known pilgrimage destination surrounded by numerous stunning religious buildings. Hindus, Christians, Muslims, and adherents of other religions coexist peacefully and amicably in Kozhikode. The area is decorated with pilgrimage centers that have quite distinctive architectural styles. The Tali Temple, Lokanarkavu Temple, Valayanadu Devi Kshetram, Pisharikkavu Temple, and other significant temples can be found in Kozhikode.
The Parsi Anju Amman Temple, the sole Parsi temple in Kerala, is located in Kozhikode. Kozhikode is home to some of the most significant mosques in the Malabar region, such as Jama Palli, Mishkal Masjid, Muchundipalli, etc. St. Mary’s Church and Mother of God
Cathedral are the primary churches in this area. Etc.
Kozhikode’s temples

Tali Siva Temple
The famous temples in kozhikode areTali Siva temple. Lord Siva is the deity at
this place, and Parasurama is thought to have worshipped the Sivalingam in this temple. The
temple was constructed using Keralan traditional architecture. Beautiful mural paintings are
used to embellish the sanctum sanctorum&#39;s walls. This temple has a long history dating back
to the Zamorin era. The Revathy Pattathanam, an annual symposium with eminent
philosophers from around the world, was held at this temple.

Thiruvannur Siva Temple
Thiruvannur Siva Temple, one of Kozhikode’s well-known Shiva temples, was constructed in
1044. This temple is thought to have started as a Jain temple before becoming a Hindu temple
under the Zamorins&#39; control in the eleventh century. The garbhagriha, which resembles an
apse, is what will take your breath away. Panjaras, kalamukhas, Chola pillars, and pilasters
may all be seen in the temple today.


Loknarkavu Temple
Vadakara’s Lokanarkavu Temple is thought to be around 1500 years old. Goddess Durga is
the main goddess, and Lord Vishnu and Lord Siva are the sub-deities. Numerous mythical
Vadakkanpattu heroes are linked to this shrine. Mandala Utsavam, a 41-day festival, is held

at this temple annually. This is the only temple where the Poorakkali art form is practiced and
performed here during festivals.

Parsi Anju Amman
Around 200 years old, the Parsi Anju Amman Temple, also known as Parsi Anju Amman
Baug, is a fire temple. The Parsis who had relocated here built this temple in the 18th
century. It is Kerala&#39;s sole Parsi temple, close to the Parsis and situated on SM Street. This
temple is built in the typical Keralan style. Inside the temple, only Parsis are permitted.
Churches in Kozhikode

Mother of God Cathedral
Based on a 1513 agreement they made with the Zamorins, the Portuguese built a chapel at
Church in calicut that was dedicated to the Mother of God. A stone cross later placed in the Holy Cross
chapel and revered by countless followers was kept inside the chapel. The Zamorins then
built a church at their own cost in 1599. The Zamorins created the Mother of God church in
1725 in accordance with a new contract. In 1942, the current church was constructed. The
Mother of God Church, also known as Matre de Deo&#39;s Church, is built in the style of Roman
architecture, and one of its biggest draws is a 200-year-old painting of St. Mary. Locals
referred to this church as the Parangi Palli.


St Mary’s Church
In Nadakkavu, there is a church called St. Mary&#39;s, also known as the English Church. The
British built it in the year 1860, and it was later modified multiple times. This church was set
up for the Christians in the military and the collectorate.

CSI Church
The largest Basel Mission church in the Malabar region is the CSI church, built in 1842. The
church, which lies in the center of Kozhikode, was constructed using European and Keralan
architectural styles. The church&#39;s front porch has three tiers of turrets, a great hall, and
numerous rooms with tiled roofs.

Jama Palli
The Kozhikode Juma Masjid, also known as Jama Palli in the local dialect, is a well-known
famous mosque in kozhikode that was built in the fourteenth century. Kuttichira is where this
mosque is situated. It is a sizable mosque that can hold up to 1000 worshipers. Additionally,
this mosque is reported to have Kerala&#39;s most fabulous floor area of any mosque. The
mosque&#39;s ceilings include lovely wooden carvings constructed in the traditional Keralan
manner. Sacred Arabic scriptures have been used in sculptures on the walls and ceilings.

A historic mosque in Calicut is called Mishkal Masjid, situated in Kuttichira. It was
constructed about 700 years ago and went by the name Mithqal Palli. The mosque bears the
name Nakhooda Mishka, who was an Arab businessman named. The Portuguese set fire to a
part of this mosque in the year 1510, and the top levels of this mosque still exhibit the
devastation caused by that. The mosque was originally five stories, but it was repaired
following the destruction to only four stories now.

Muchundipalli
The oldest mosque in Calicut, Muchundipalli, was constructed in the thirteenth century.
Inside the mosque is a stone slab with the history of the local Zamorin King written on it in
Arabic and Vattezhuthu script. The mosque&#39;s architecture is stunning, featuring wooden-
carve ceilings, double-tiled roofs with decorations, etc. Njarathadam Juma Masjid, Maccunti
Mosque at Kuttichira, Athiyodi Muslim Palli, Mahalle Juma Masjid, are among other famous
mosques in Kozhikode